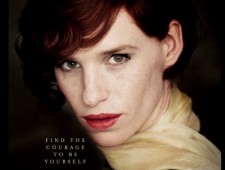 The Danish Girl – A trans therapist’s viewpoint of the film

I saw The Danish Girl last night on its first day of release here in the UK. The international hype had already lifted the film onto my ‘must see’ list and I was not disappointed. This is the big screen at its best, with a first class cast and a story told within the plot constraints and time limitations of a film on general release. I would recommend it to anyone who enjoys a good romance or who has personal interest, or is just curious, about what it may be like to be transgendered.

What may not be clear to everyone is that, although based on true life, the film is taken from a romantic piece of fiction which was based on the autobiography of Lili Elbe. The film does not portray her transition as it really happened; nor, I believe, does it claim to do so, although it does follow the main elements of her adult life. I have no wish to disclose spoilers for those who may be considering going to see the film. However, I would advise to take it at face value, as a piece of beautifully portrayed romance and enjoy it for that reason alone. If you gain insight about what it may be like for a trans person to ‘come out’ to loved ones and to undertake the journey of transition then that would be a bonus. However, I add the caveat that the film is fictional and, more importantly, is a period piece set some 80 years ago, before society, and the medical profession itself, was willing to accept the possibility of gender dysphoria and all the pain and turmoil that living with this condition entails. The diagnosis of insanity or schizophrenia applied in the film was, I am sure, all too commonly used then for psychological conditions that the medical profession today takes in its stride and deals with sympathetically.

Being transgendered is not a new concept. Historically there are references going back to ancient Greece and beyond. Native North American Indians have the concept of two-spirit people where, for example, biologically male ‘warriors’ lived with and undertook the woman’s roles and responsibilities within the tribe. The Hijra caste of Asia is also recorded back to antiquity, including a rite of passage which involves the removal of the male genitalia. There are many other examples.

The gender roles are largely blurred in these situations, being neither fully male nor fully female. They do away with the traditionally recognised binary nature of gender and sexuality (male : female / man : woman) which is the accepted pattern in most of the world. Instead they incorporate the non-binary values of transgender, gender variance, gender queer, gender fluidity and many more terms in use today. The same reasoning also applies to sexuality with non-binary labels such as gay, lesbian, questioning, pansexual, bisexual and asexual. The list of non-heteronormative labels available for use today seems to be ever expanding. Is it any wonder that some people are confused and question their own gender or sexual orientation as they seek to fit in?

Today we have counsellors, psychologists, psychiatrists and a whole raft of medical expertise and awareness available to people dealing with these difficulties. Society is becoming more accepting of difference, although it is acknowledged that this acceptance is not universal. Lili had no such help available to her and had to seek out whatever surgical intervention she could, which was in its infancy and was largely innovative, experimental and perhaps even bordering on illegal. Was Lili the first person to undergo male-to-female reassignment surgery? She is certainly the first recorded recipient of this kind of operation, having undergone surgery five times between 1930 and 1931. The next documented male-to-female surgery was carried out in the UK on Roberta Cowell (1951) followed by the more internationally famous Christine Jørgensen  who had her surgery in Denmark in late 1952. (As a point of interest, the first recorded female-to-male reassignment surgery was carried out in the UK during 1946-49 for Michael Dillon).

Reassignment surgery today is relatively commonplace and is carried out in many countries. Precise surgical techniques, excellent after-care and modern medication all ensure a successful physical outcome. Psychological assessment and support is also readily available for those who wish to explore their own feelings and self-awareness before considering whether or not transition and/or surgical intervention is necessary; this is very different to the early pioneering days of Lili and the others.

I thoroughly enjoyed watching the film, which brought about many poignant and personal recollections for me in connection with my own journey. I would like to share one such moment (without giving away any spoilers). There is a short scene where Einar (Lili) and his then wife Gerda are practising walking in a more feminine way. They use a line of flagstones in an alleyway to ensure they take small steps, with the feet facing forward and that they walk in a straight line. This may not have been obvious to many others who were watching the film with me. However, I smiled to myself as that is exactly how I learned to walk with a more feminine style except that I used the tiled floors in the London Underground: it worked!

The security and protection of your personal data is very important to us, so please read our privacy policy by clicking here, to understand how we look after your data.